o boy.... i realize now there are a couple things i did not address in the previous ....note. you asked if he knew i placed and if i still talk to him....J.
so, i continued to talk to him from time to time during pregnancy in an effort to be fair and allow him to be involved. and also because even though i knew he didn't fit in my life i still missed him like mad. and mostly because....it's hard! i needed someone to share it with, help shoulder the burden. God did not intend his little girls to go through this alone! in retrospect i wish i'd've minimized contact even more.
i asked him once what he felt about adoption, before i was even considering it. he told me he'd never allow it. that he'd take the baby from me before he'd have strangers raising his child. y'know, i think he was just desperately trying to hold on to me. he knew as long as we had a child in common, he'd always have me. but i think really he was terrified of the responsibility of being a father. and his behavior in my absence demonstrated he was more interested in being young and wild and single than a grown up or family man.
so when i decided on adoption i was nervous how he'd react. but he calmly said "it's right". i gotta ask him someday what th heck happened.
i offered him every opportunity to be a part of it. to visit, to help pick the family, to be at the birth. and he professed a willingness and desire to do all these things. and i now think it was a blessing he ultimately declined the involvement i offered. while i resented him for that with all my lonely little heart at the time, it wouldn't've fit. it would've confused me and added so much stress.
after i placed and came home, i was so lonely. a new kind of lonely. there's nothing else like it. and i thought i was totally alone in my grief. i'd never known another birthmom and no one really understood what i felt. desperate for someone to share it with and thinking, if anyone, it should be him, when he called to see me, finally, i did. i tried to tell him my story but it was forced and uncomfortable. i showed him my precious pictures trying to draw something from him but couldn't. he said to me, perhaps sensing my efforts to get something from him he didn't have- "Tamra, your son has never been a reality to me". sounds harsh, right? i'm so glad he said it. i was casting my pearls before swine. not to be insulting or say that he was a pig. it's just, swine don't know pearls from rocks. they have no value or meaning to them. J wasn't a part of our story. i can't think of the J life and the justin life at the same time. 2 different girls. you'll never hear me refer to him as "the dad". i say my x boyfriend or if i HAVE to be more specific "the guy that got me pregnant".
i think that when "birthfather" comes up someday when i'm talking to my Justin he'll say " huh....he's never been a reality to me.
i'm not bitter (anymore) in saying these things. i've forgiven and i really wish him well. in fact it wasn't until i forgave him that i could finally let him go from my heart.
it took a couple yrs to get over him. that intimacy does what its sposed to, i tell you what! i see now why God said- no, not now, wait. he was trying to protect me. that bond is a blessing when it "seals" you to him who you choose, who is right for you. but a curse when its taken out of context. it was nothing short of the hand of God that allowed me to get out. i thought i could never feel that way for anyone else and that i'd always feel for him.
i saw him at a wedding a few years after placing. i didn't know what to expect. he could've been any person to me. no malice or resentment, no particular affection of any kind. it is a blessing.
GEEZ tamra! long winded maybe? again, this chapter is my favorite part of my story so far. i love to talk about it.
Posted by Tamra at 12:06 AM 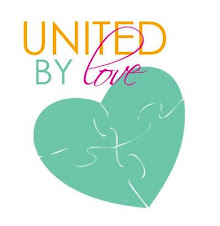